Fashion should be seen as a process of reaching out for new congenial social forms in an area that is a part of a continually changing world. The movement of that world introduces new horizons, germinates new inclinations and interests, and shifts orientation away from the past to the proximate future. The fashion process meets this kind of developing world through two major stages– innovation and selection. In the innovative stage new models or proposals–such as new dress designs, styles of furniture, themes in entertainment, approaches in philosophy, or theoretical schemes in science–are presented. Such models are geared to the current state of their respective fields; each seeks to sketch out a prospective line of movement. The models appear as rival claimants for adoption and thus initiate a selective process, which results in a new fashion. Prestigeful individuals and groups occupy a key role in the selection; they make the initial choices, and they give a stamp of endorsement to the model they embrace. To influence others, however, they must be qualified to give an endorsement. Further, the model they endorse must be found congenial to current trends in order to gain general dissemination. The history of fashion shows dramatic instances of the failure of a model to become fashionable despite an effective marshaling of prestige groups on its behalf, for example, the failure of the highly organized effort to check the trend toward shorter skirts in 1922–1923. Fashion leaders are the unwitting surrogates of the larger body of people sharing in the movement of fashion. The vague tastes and proclivities aroused in such people by their moving world are the ultimate source and shaper of fashion.

Most theoretical analysis of fashion centers on the major question of what is responsible for the operation of fashion. We may dismiss trivial answers such as that fashion is a crazelike outburst of collective disturbance or that it is a hoax perpetrated by venal-minded sets of persons seeking financial or personal gain. The more serious analyses fall into two categories. One type seeks to account for fashion in terms of psychological motives, the other in terms of societal or structured processes.

This site is dedicated to the history of fashion. Here you’ll find loads of historical articles covering a wide range of interesting topics, including (but, not limited to): turn of the century fashion trends, medieval wears, fashion’s ancient origins, along with little gems like: the history of women’s corsets, the origins of the glove… and so much more. We’ve also included designer biographies in our documentation of the history of fashion. 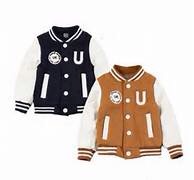